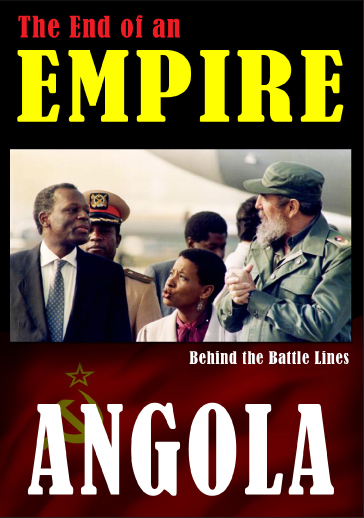 Angola Behind the Battle Lines

Going behind the battle lines of a 25-year old war that was virtually ignored by North American Media. Soviets at the cross roads. In Southern Africa a bloody civil war had been raging for 14 years. A Marxist government in Angola backed by soviet arms and manpower fought a persistent challenge from gorillas backed by the South African and US government. It started in 1974 when the Portuguese abandoned their colonies presenting the Soviet Union with an unexpected opportunity. Democratic elections were promised but never held. Within months a communist rgime was in power supported by 12,000 Cuban troops. Angola was the first country in Southern Africa to fall under Soviet control but a Cuban army and an arsenal of soviet weapons were needed to keep the Angolan government in power. Learn how a conspiracy to turn Angola back over to a Soviet backed regime launched a Soviet adventure in Africa. Interviews with Portuguese, American, Cuban and UNITA participants tell the complex story of Angola's prolonged civil war.