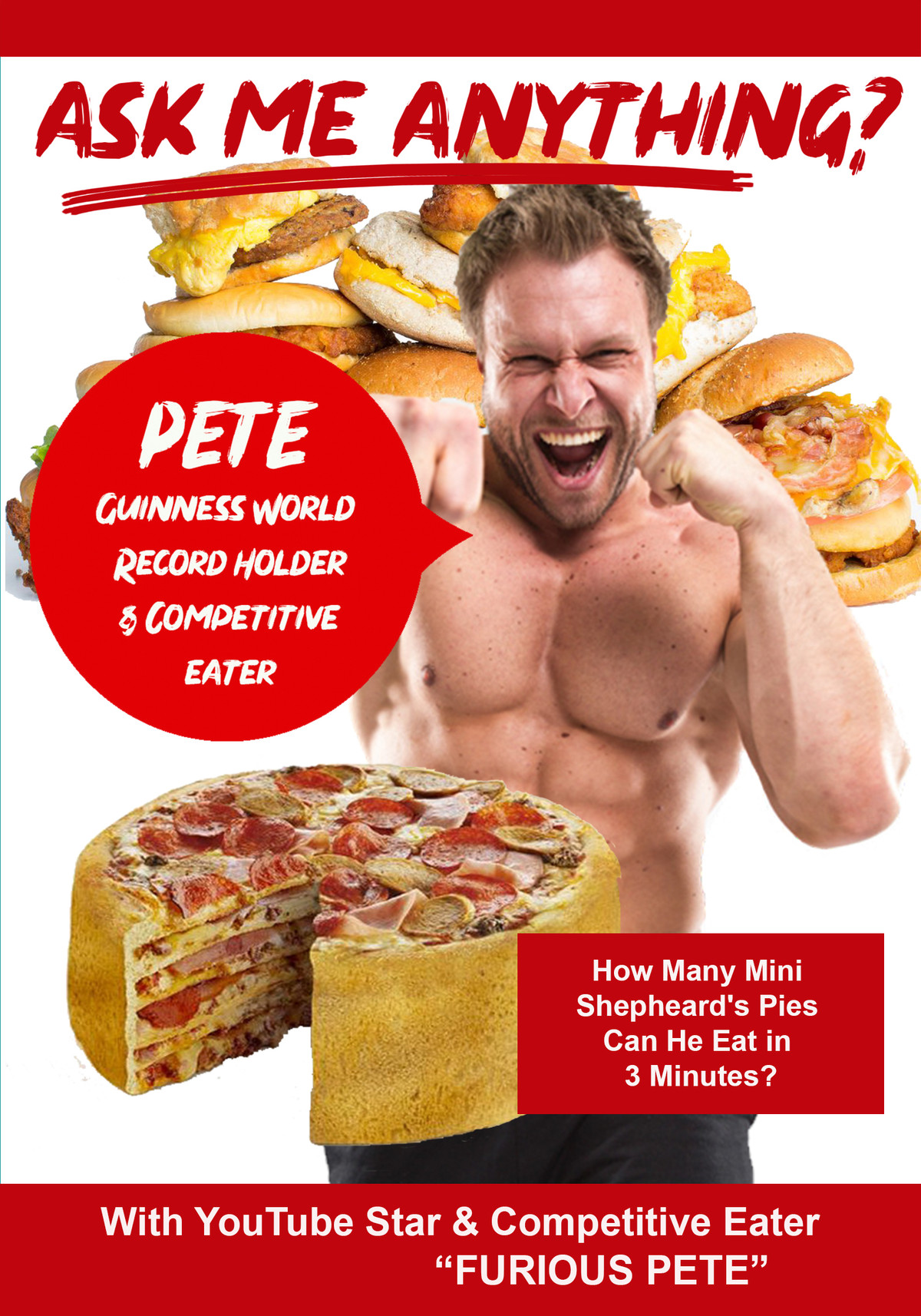 Featuring celebrities, innovators and people with extraordinary jobs. Get a glimpse into Furious Pete's life as a competitive eater and watch as we give him a challenge - how many mini Shepheard's Pies can he eat in 3 minutes? Features YouTube star Furious Pete, competitive eater and bodybuilder who has the physique of a pro wrestler and is a Guinness world record-holding competitive eater and bodybuilder. Also known as Pete Czerwinski, Furious Pete, is a walking paradox with a strong following of more than 5 million Youtube subscribers. Despite holding an engineering degree, Pete has managed to build a following around his unique talent of competitive eating. He keeps his fan base happy by uploading weekly YouTube videos related to fitness, unique places to eat and of course, eating challenges. A documentary film, The Story of Furious Pete, chronicling Czerwinski's life, screened at the Hot Docs Canadian International Documentary Festival. The Furious "Pete" - which consists of 20 pieces of bacon and 20 pieces of cheese, alongside a five-pound platter of fries - is named after him, after Czerwinski became the first person in 1,500 attempts to finish it!

BACK TO: Ask Me Anything
PREVIOUS TITLE NEXT TITLE