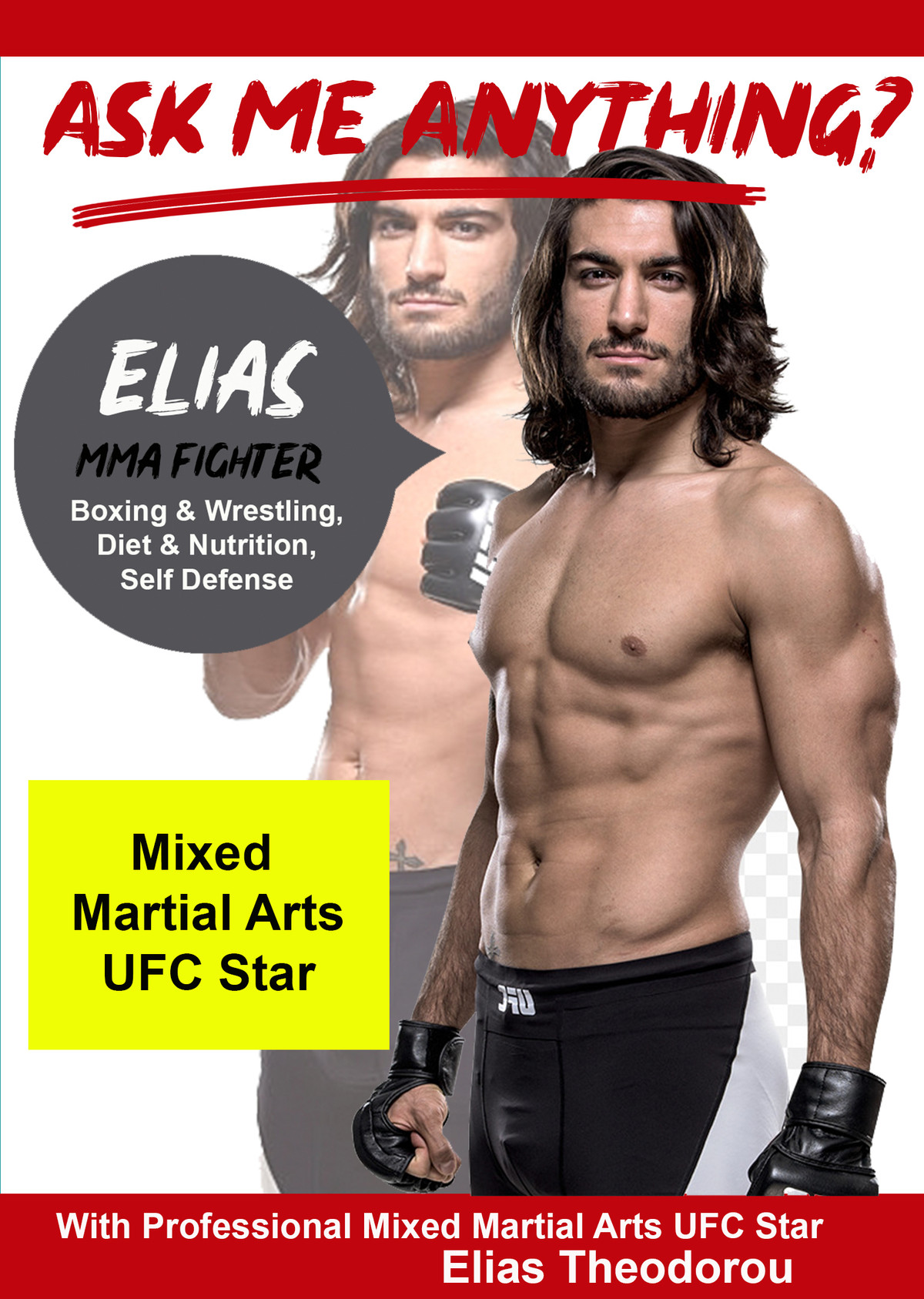 Featuring celebrities, innovators and people with extraordinary jobs. Rising UFC star, Elias Theodorou, reveals what it takes to dominate in the world of MMA - from the grueling workouts, to the strict diet, to the intense training, it's a lot of dedication and sacrifice. It's a lifestyle. Elias first pro fight was on a reality show, The Ultimate Fighter, a tournament style competition for a six figure contract with the contract with the UFC. Elias demonstrates his wrestling techniques along with a full encompassment of mixed martial arts techniques. He talks about his coaches (kickboxing and boxing) who are in many ways his family. Everything he does however translates into mixed martial arts. The agility, moving out of the way, getting in the way to capture your opponent, the strength to hold him, grind him out and the explosiveness to pick him up and slam him. It's like an aggressive dance between two unwilling dance partners and whoever leads wins. He talks about the fight phases in terms of reparation. The "away time" from a fight phase and the "getting ready" for a fight phase. You'll learn all about the daily and weekly training regimes Elias goes through from strength and conditioning, boxing and wrestling, striking and jujitsu, to sparring and simulated fights in the ring.

BACK TO: Ask Me Anything
PREVIOUS TITLE NEXT TITLE