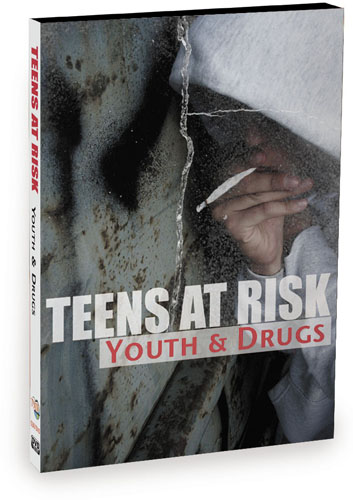 The Teens At Risk series deals with powerful and relevant issues facing teenagers today. This series reveals first-hand how young people deal with and overcome the very real challenges encountered as part of their growing up. Children generally believe that alcohol and drug use is safe. Bombarded by media from an early age, the average 18 year old has seen well over 100,000 television commercials encouraging them to drink. Any illicit drug use by adolescents can have immediate, long-term health and social consequences. Overall, mental health problems including depression, developmental lags, apathy, withdrawal, conduct problems, personality disorders, suicidal thoughts, attempted suicide and other psychosocial dysfunction's, are frequently linked to substance abuse among adolescents. Arrest, adjudication and intervention by the juvenile justice system are eventual consequences for many youths engaged in alcohol and other drug use.

BACK TO: Teens At Risk
PREVIOUS TITLE NEXT TITLE