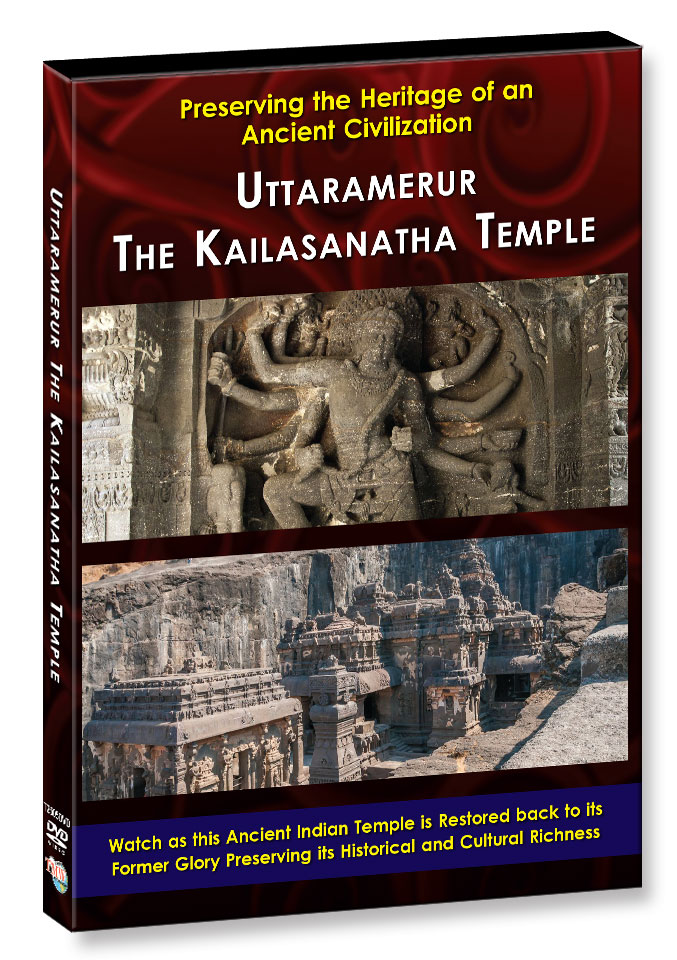 Uttaramerur The Kailasanatha Temple Preserving Heritage of an Ancient Civilization

The village of Uttaramerur is an ancient realm rich with history. It was established by the Pallava king Nandivarman II around 750 A.D. to accommodate experts in the four Vedas. It soon grew into a centre of learning and came to be recognized as a meticulously planned, well-administered village. It was planned and laid out according to the Agama prescription with the village hall in the centre - a lasting example of architectural acumen and achievement. The village has a number of strategically located temples, most of them bequeathed from ancient history. Among them, the formidable Kailasanatha temple dedicated to Lord Siva, is unique because its walls tell us the 1300-year old story of Uttaramerur village. These inscriptions include details of life and administration in the village and hundreds of epigraphs. The Kailasanatha Temple - Built with bricks on a stone foundation, the temple fell into neglect in later years. An enormous tree standing nearby sent its roots surging into the foundations of the temple. Though the temple stood firm, its masonry developed a large crack. After more than a thousand years, the temple was finally showing signs of wear and tear, mainly due to neglect and lack of maintenance. This program traces the process of restoration of this ancient Indian temple from a state of dilapidation to its former glory. Its aim is to restore the Kailasanatha temple using traditional material to take it back to its former glory, preserving not only its historical and cultural richness but also showcasing to the world the architectural and scientific expertise of an ancient civilization.

BACK TO: Ancient History
PREVIOUS TITLE NEXT TITLE