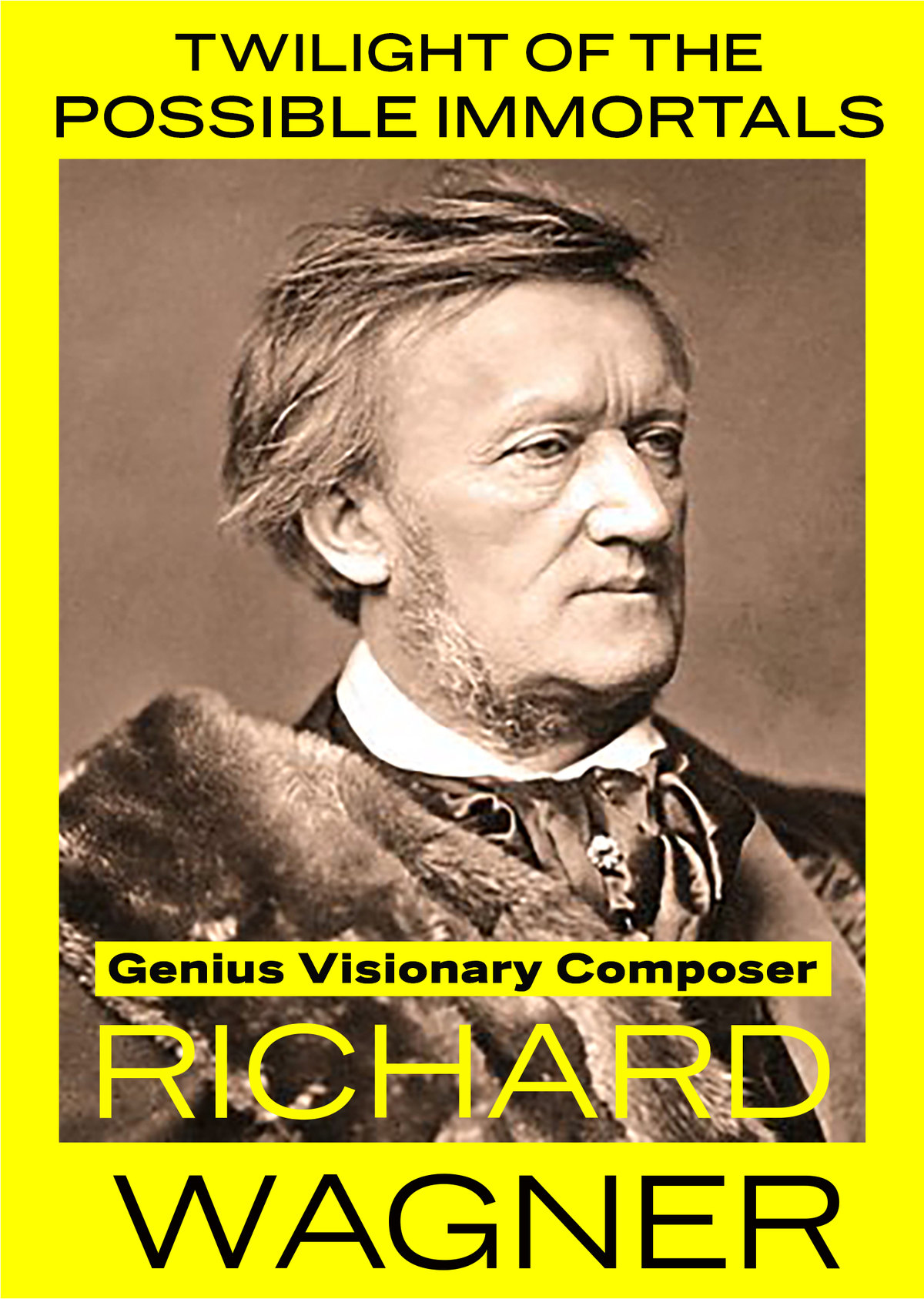 Genius Visionary composer Richard Wagner is awakened in Purgatory a century and a half after his death in the 1880s, his Mystical Enlightenment-inducing Music set to be forgotten for the rest of recorded time unless he can answer for charges of inciting WWII with his anti-Semitic writings, intense connection to the best/most intense elements of German culture, his secret LGBT life and other transgressions which were part of his unique Creative Process. After passing due to a heart attack in the 1880s, Richard Wagner remains asleep outside of a Medicine Wheel in 2020 ?Purgatory?, a light projecting/accepting circle of luminescent rocks which is a porthole to Heaven, Hell or another lifetime to work out karma or fulfill further dharma. Wagner?s assigned ?Guide? to the afterlife is a First Nations Shaman who comes by to wake him up. He is also a Jew, assigned as a defense lawyer for Wagner?s upcoming trial. The accusation: He incited WWII through his promotion of German Culture in the Arts, and anti-Semitic writings and, according to some critics, operas. If he is convicted, Wagner will go to Hell, or worse, Jewish hell, which is having whatever Great Deeds you did in life forgotten forever, or discredited. The trial takes place in a courtroom, where Wagner vehemently claims that his anti-Jewish sentiments and grudges against those who happen to be Jewish were never intended to encourage persecution of Jews, but to convince Jews to smarten up spiritually and discard their defective religion and cultish habits. Ultimately Wagner is not sentenced to hell but to another lifetime on earth, as an artist whose work will innovate humanity, but only after he dies, because he will be disliked by gatekeepers in a Jewish dominated entertainment industry. But, he gets to be a woman in this next lifetime, unburdened from hiding his Core sexuality. Richard Wagner - Born in Germany on May 22, 1813, Wagner went on to become one of the world's most influential?and controversial?composers. He is famous for both his epic operas, including the four-part, 18-hour Ring Cycle, as well as for his anti-semitic writings, which, posthumously, made him a favorite of Adolf Hitler. Selected for screening at LGBTQ Unbordered International Film Festival 2020.

BACK TO: Famous Composer