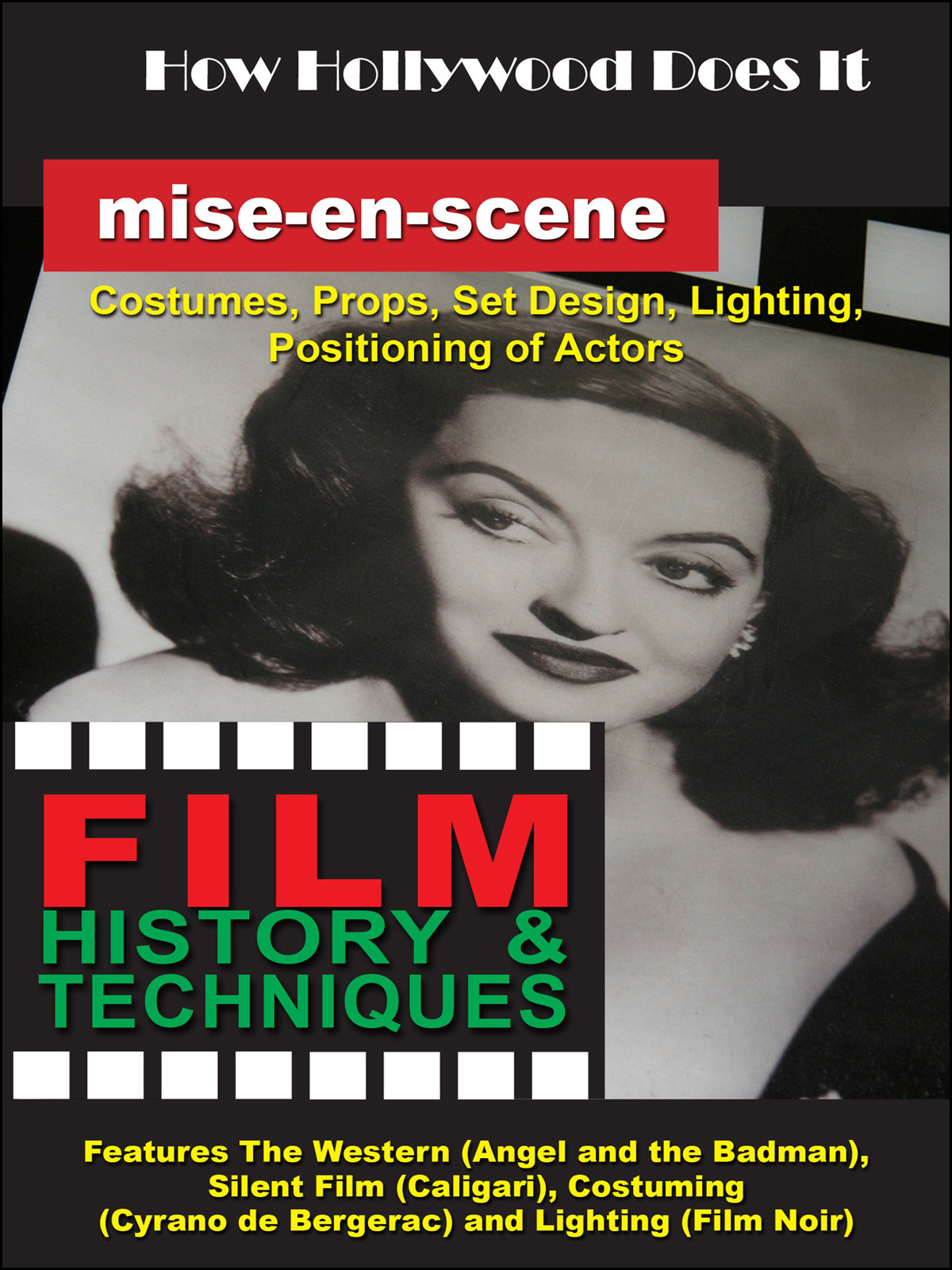 How Hollywood Does It - Film History & Techniques of Mise-en-scene

How Hollywood Does It is a look at the history, techniques, movements and people who create the magic of motion pictures. Mise-en-scene looks at how filmmakers make decisions about what is put before the camera. It includes costumes, props, set design, positioning of actors and much more. Mise en scène is a term that refers to all visual elements that appear within each frame of a motion picture. Without various features of mise en scène, a moving picture would consist of only a series of flickering black or light-infused frames, since even a colored screen would provide visual information that some might consider an element of mise en scène. A French phrase which translates roughly as “placed on stage, ”mise en scène” is a broad concept often difficult to define for film because it only exists when considering a combination of elements within the frame or camera’s eye. Basically, anything to be filmed—the setting, the costumes and make-up, the movement, facial expression, and position of actors on screen, and some elements of lighting—is considered mise en scène. The concept of mise en scène for film shares a lot with theater production in that props, sets and blocking of actors are all deliberately chosen for particular effects, although the physical space of the stage and theater often limit or dictate how mise en scène is perceived by an audience. Features the Western, Angel and the Badman, silent film, Caligari, costuming Cyrano de Bergerac and lighting (an air of mystery) Film Noir. Hosted by Jeffrey Hill and Mark A. Graves - Jeffrey Hill is an associate professor at Morehead State University, Department of Communication, Media and Leadership Studies. Dr. Mark Graves is an associate professor of English.