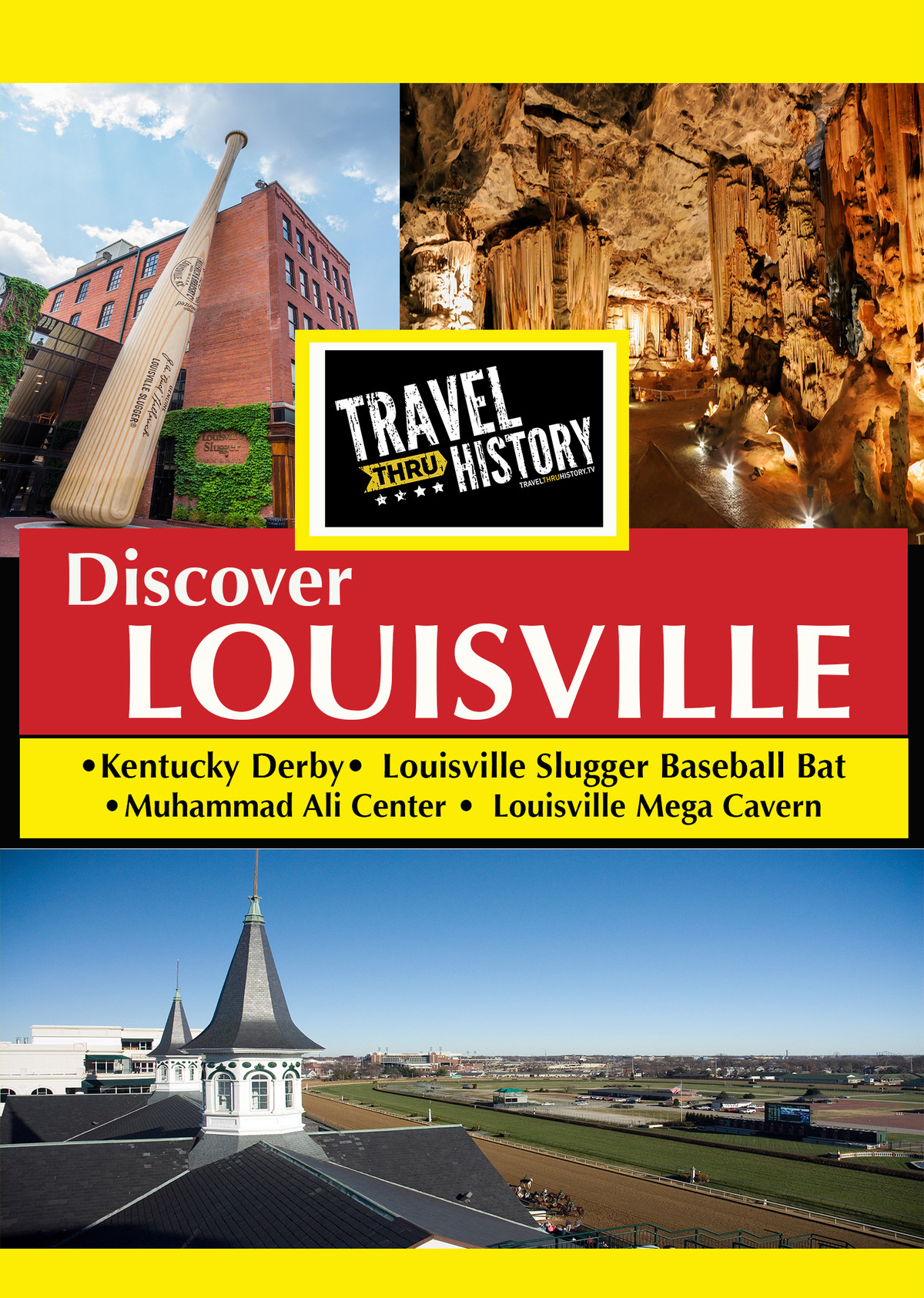 We’re off to Louisville Kentucky on this episode home to the most famous horse race in the world, buckets of chicken and something called a hot brown. Saddle up, as we learn about Derby history at the Kentucky Derby Museum. We’ll give you the skinny on the fastest two minutes in sports. Louisville is home to a bunch of world famous brands. One of which is the Louisville Slugger baseball bat. We head to the Louisville Slugger Museum and factory to see how wood becomes priceless, and hold a little piece of major league baseball history.Then, we float like a butterfly and sting like a bee at the Muhammad Ali Center. Here we’ll learn not just about the accolades of one of the greatest boxers of all time, but also about this Louisville native’s personal struggles and achievements outside the ring.Next we get up close and personal with the armaments used in the history of human conflict at the Frazier museum as we take a look at these priceless original weapons of war. Finally, we zip into history at the Louisville Mega Cavern. Kentucky is home to massive underground cave systems, but this Mega Cavern is man-made. We’ll tell you the history of this massive underground structure.

BACK TO: USA, Southeast
PREVIOUS TITLE NEXT TITLE