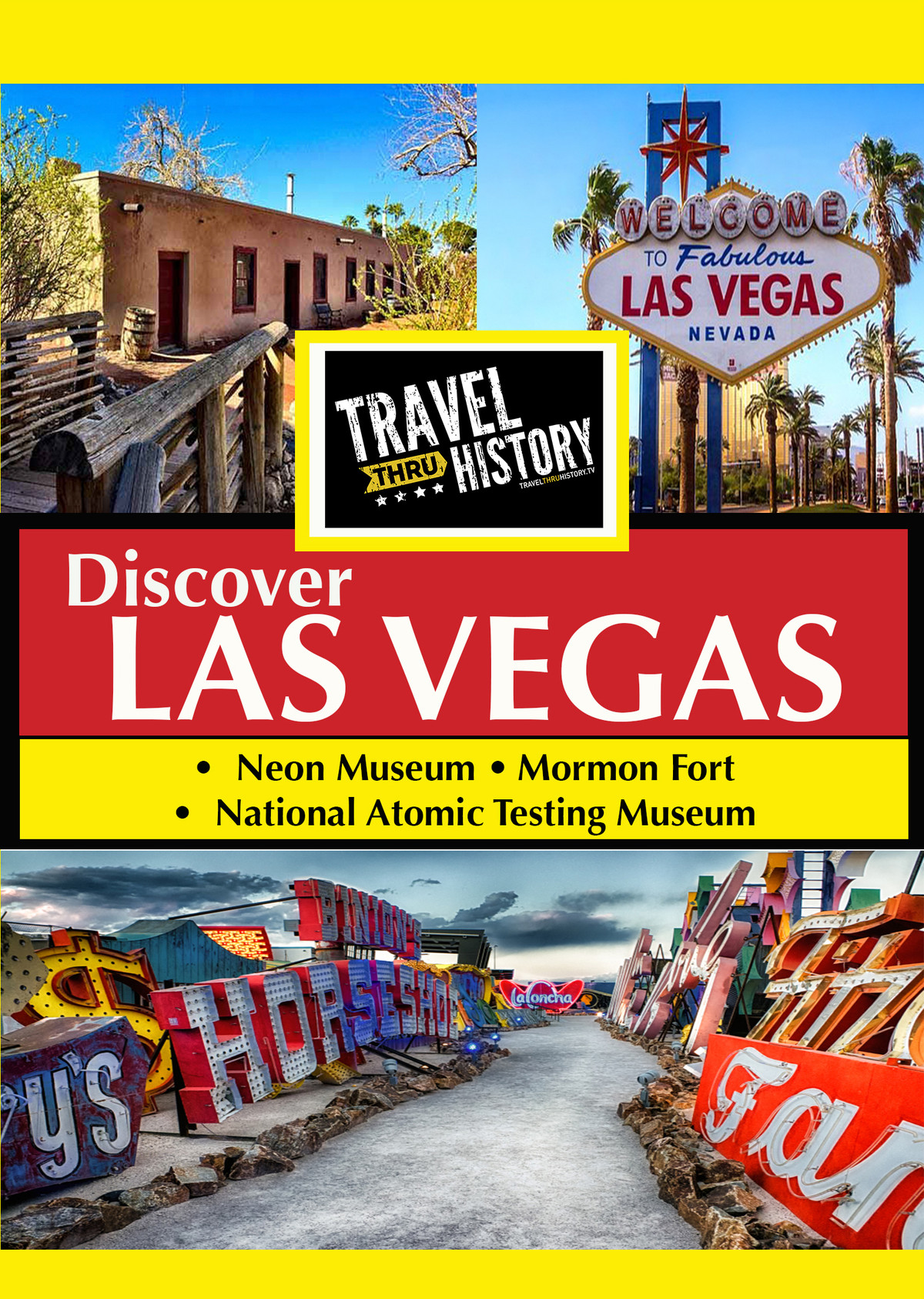 Journey to the Wild West on todays episode of Travel Thru History! Take a peek behind the curtain of the most entertaining city in the world. Its a place carved out of the Mojave Desert; a place weve come to know as Las Vegas. While the city is known for its endless entertainment options well take a look into the intriguing roots that were much different from what Las Vegas is today. We get things rolling by visiting the first permanent structure that was built in the valley. It was a small adobe Mormon Fort that was constructed by Mormon Missionaries. Well learn how this became an essential crossroad for travelers. Well blast our way into the 1940s and 50s as we visit the National Atomic Testing museum to learn about how the desert outside of Vegas was used for testing America's secret nuclear weapons. Next we visit the Neon Museum Boneyard, the final resting place for those large neon signs used to light up Las Vegas skyline. Put aside your previous notions of Las Vegas because were going to prove that there is so much more to Las Vegas than rolling dice.

BACK TO: USA, Southwest
NEXT TITLE