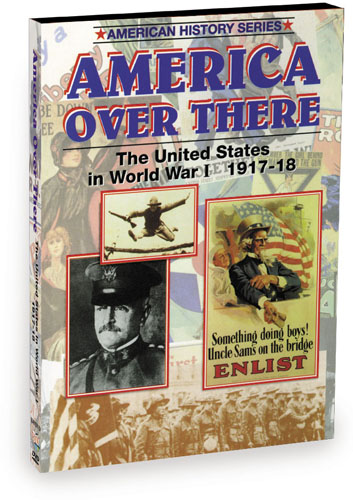 America Over There, is a motion picture record of America's part in World War I. Taken under actual combat conditions in France, this program contains actual footage of the arsenal of weapons developed and used by the US. Covers the period from 1917-18 when America entered the war and its involvement with the allies during this period.

3 Stars. Recommended for libraries with...military collections. The technical quality of the film is exceptional and its authenticity adds significantly to its overall impact. - Video Librarian. All of the footage is taken under actual combat conditions in France. This element of authenticity will transport any history class into the heart of a conflict which forever changed the world. - Media & Methods.

BACK TO: Military History
NEXT TITLE