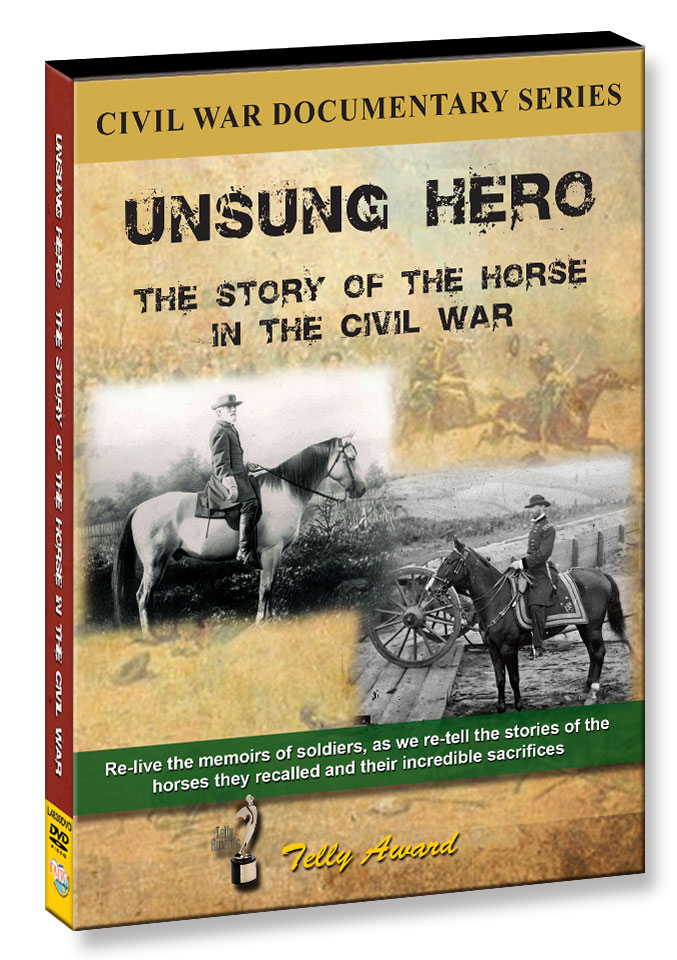 Unsung Hero The Horse in the Civil War

Presents the story of the millions of horses (and mules) that were used in all branches of both armies during the Civil War. It discusses how the horses were procured and trained for field use, how they were fed and maintained, and the toll taken on them due to service in the field. Millions of horses were utilized by the armies in all theaters of war. In large armies, anywhere from forty to sixty thousand horses (and mules) were used in the infantry, cavalry, artillery and quartermaster services. Regularly feeding, shoeing and maintaining the horses and mules was a near impossible task. As a result, thousands of horses were lost due to incapacity and malnutrition. Thousands more were lost on battlefields. Memoirs of soldiers are read, telling the stories of the horses they recalled and the incredible sacrifices of them. In the end, more than 1,500,000 horses (and mules) died during the War. Some of the Wars most famous horses Cincinnati, Winchester, Old Baldy, Highfly, Little Sorrell, and Traveller, to name a few, are highlighted. The stories of each of them touched the heart. Hundreds of magnificent period photographs, drawings, illustrations, along with selected re-enactment scenes are employed to graphically illustrate the role of the horse. Filming of action scenes took place at the re-enactments of the battles of Richmond and Perryville in Kentucky, as well as Shaker Village at South Union, Kentucky and Gettysburg, Pennsylvania.

3 Stars. Recommended. Kent Masterson Brown's documentary focuses on the millions of horses that participated in the War Between the States, during which as many as 1.5 million possibly died. Written and narrated by Brown, Unsung Hero relies largely on shots of battlefields and loads of vintage photographs (with the pans and zooms so common to the historical genre), coupled with stories of famous steeds such as Old Baldy, Cincinnati, Winchester, and Traveller, which are sometimes told via experts from soldier's memoirs. Interviews with a farrier (whose company is one of the film's sponsor) and some Civil War re-enactors are interspersed throughout. It's hard to imagine the vast problem of feeding the animals once they are separated from the supply wagons, some of which traveled in caravans 50 miles long. Starvation was unavoidable and widespread; after Gettysburg alone, Union Gen. George Meade's Army lost 15,000 horses due to the lack of fodder. These horses also perished in battle: the dozen required to pull cannons were essentially tethered victims once the barrages began. Offering a tribute to its titular subjects, this is recommended. - Video Librarian, 3 Stars.

BACK TO: US History
PREVIOUS TITLE NEXT TITLE