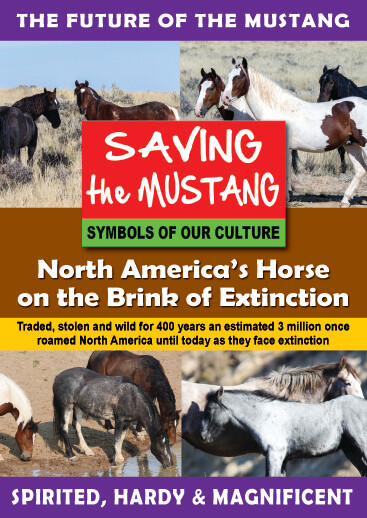 Saving the Mustang North America's Horse on the Brink of Extinction

Wild mustangs have long been an icon of native peoples and early settlers of North America. Yet their fate today is uncertain. Traded, stolen and wild for 400 years, an estimated 2-3 million roamed North America in 1890 until they became almost excinct. The US Government has attempted to control the number of Wild Mustangs populated and in their view over grazed on vast tracks of public land. Over 41 thousand are now held in captivity. Saving The Mustang explores the state of wild horses today through the efforts of three individuals. Canadian horseman Randy Bird who adopted eight mustangs from a crowded facility in Wyoming and brought them 3000 miles to their new home in Ontario. Endurance rider and song-writer Jean Albert Renaud, who works with horses and at-risk teens on his Maryland ranch. And Roger William, past chief of the First Nation Xeni Gwet'in, who has created a 200,000 hectare wild horse preserve in the rugged wilderness of the Nemiah Valley in British Columbia. All three stories interweave a compelling tale of perseverance and determination - one that offers hope for these amazing animals.