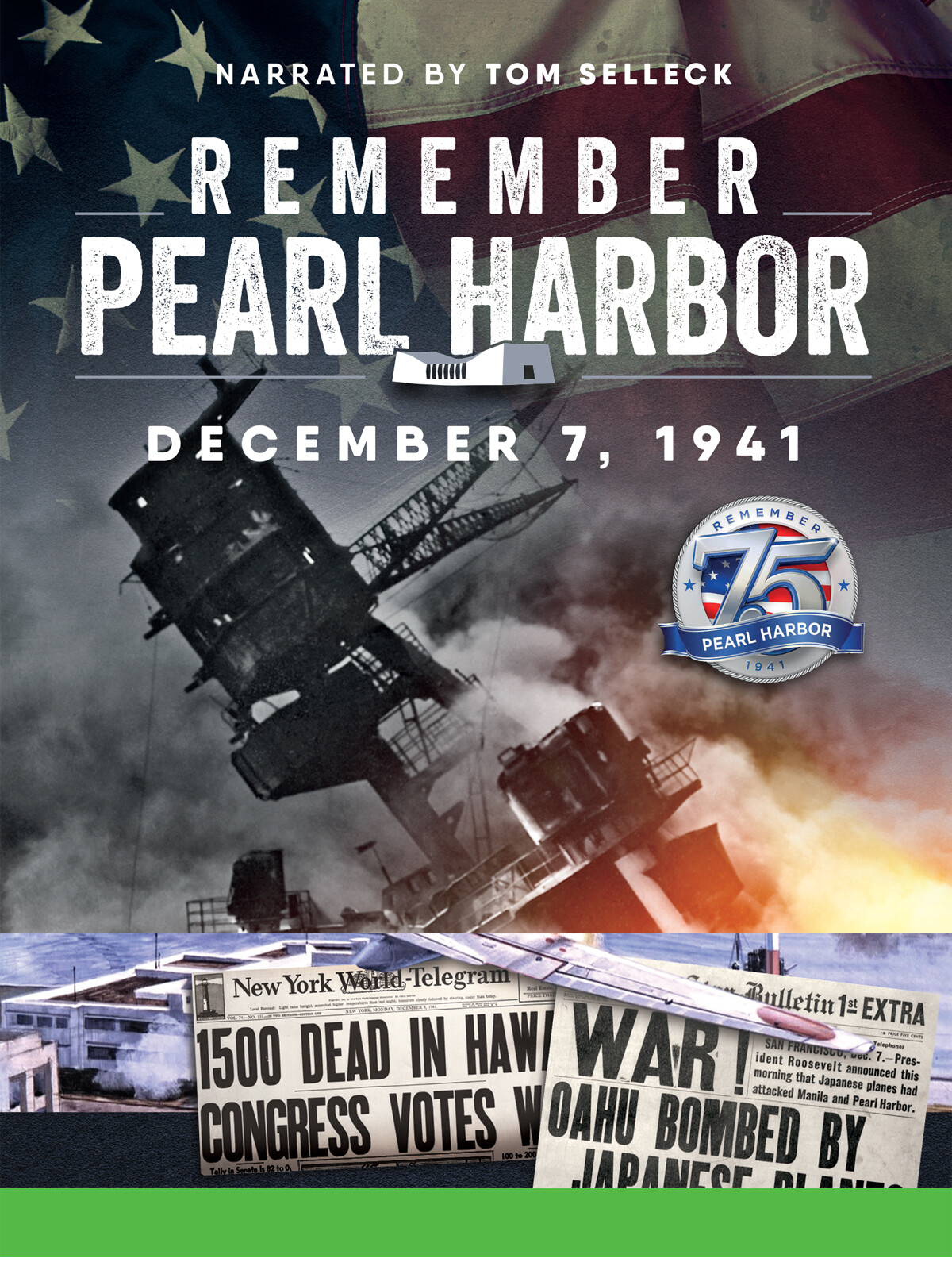 X
Please note you'll have 2 hours, 48 minutes of viewing time for this title, during the 24 hour period after your purchase.

Narrated by Tom Selleck. Sunday, December 7, 1941 was a beautiful morning on the Hawaiian island of Oahu. A few sailors and soldiers were already up and playing a game of football near Pearl Harbor. Others were sleeping in their barracks or aboard ships after a late night of partying in Honolulu. An unlucky few were wiping the sleep from their eyes and reporting for duty aboard their ship anchored off Ford Island in Pearl Harbor. Still others headed for adjacent Hickam Field or up north to Wheeler Field. Ship decks were being washed, planes wiped down and hangars swept. It was just another day in paradise. At 7:55 A.M. all that changed as the first Japanese planes dropped their torpedoes and bombs on a stunned American Pacific fleet. The United States had been violently thrown into World War II. Every sailor, airman, soldier and civilian who was in or near Pearl Harbor on December 7, 1941 has their own individual story of courage, fear, heroics or tragedy. No two stories from that day of infamy are the same. From sailors on the U.S.S Arizona and West Virginia on Battleship Row to pilots at Hickam and Wheeler Fields, to young children who were waved at by Japanese pilots flying over their homes, the memories remain vivid to this day. These are some of their stories from December 7, 1941. They will always Remember Pearl Harbor.