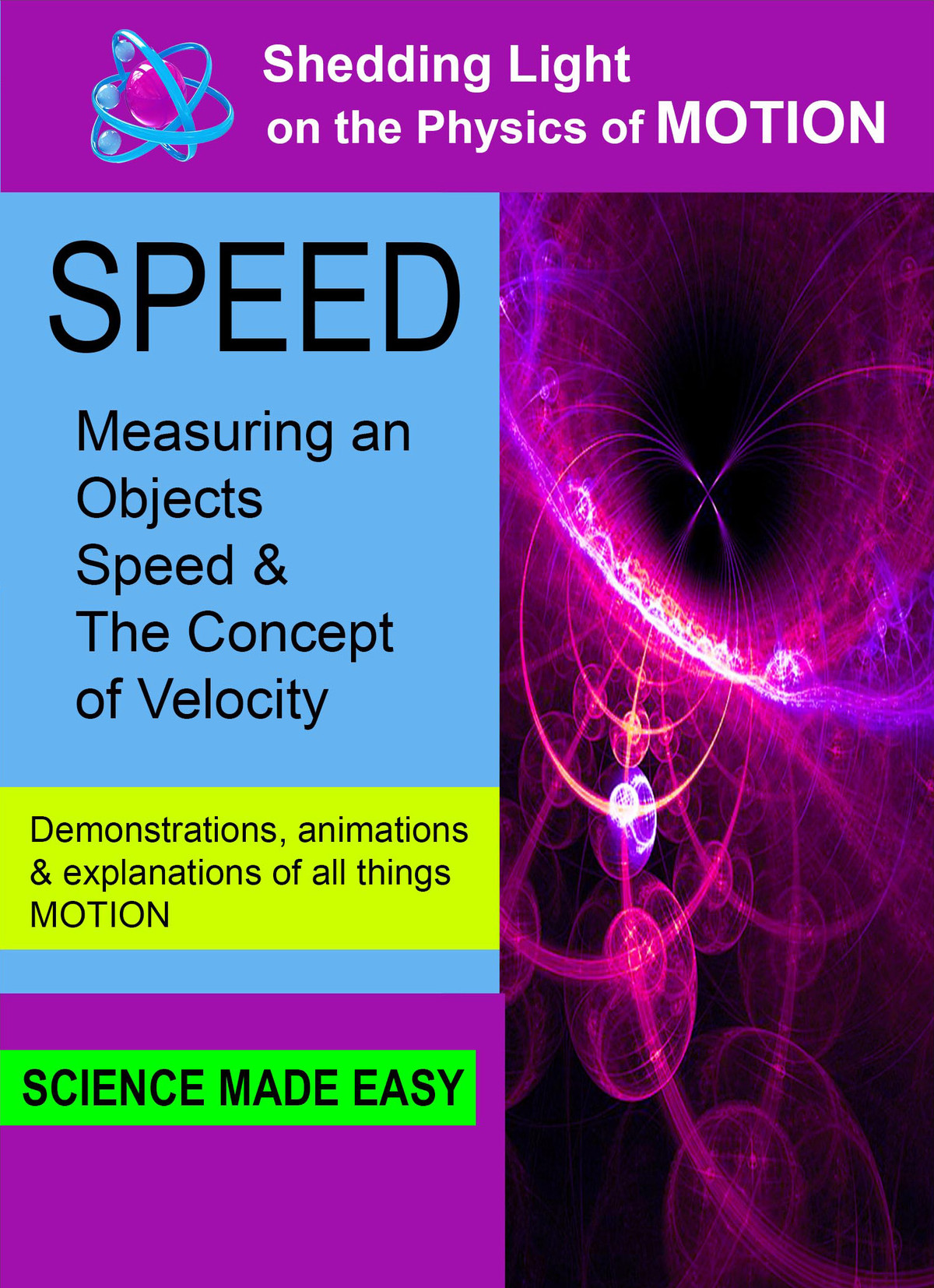 X
Please note you'll have 48 minutes of viewing time for this title, during the 24 hour period after your purchase.

Introduces students to the concept that speed is a measure of how far something travels in a given amount of time, looks at how speed varies in a sprint, explains the concept of velocity and demonstrates a number of ways of measuring an object's speed.

The Shedding Light on Motion series is a visual treasure trove of demonstrations, animations and explanations of all things motion! To an extent we're all familiar with motion because we all move and we see movement everywhere, but a detailed knowledge of motion has allowed us to build the wonderful modern world that we live in. From the production of visual effects in movies, to sport, to car safety, to transport (including rockets, planes, and trucks), our knowledge of the physics of motion has completely transformed our world. This series brilliantly covers all the essentials of the topic of Motion, including speed, acceleration, relative motion, the use of graphs and Newton's three Laws of Motion.